SMU’s algorithm engineering class has been facetiously called a “course in computational creativity.” This creativity was stretched into graph theory for the class’s final project: fast algorithms for graph coloring and finding communication backbones in wireless sensor networks.

My implementation of the smallest-last ordering for greedy coloring was my first contribution to Python’s networkx graph library.

With the increasing prevalence of IoT devices and Bluetooth beacons, finding reliable communication pathways is becoming a critical problem. Interference, contention, and routing each become complicated problems when wireless sensors are randomly distributed. This motivates the investigation of communication backbones which can serve as trunk lines for the communication.

Large-scale trunk lines for communicating in the USA 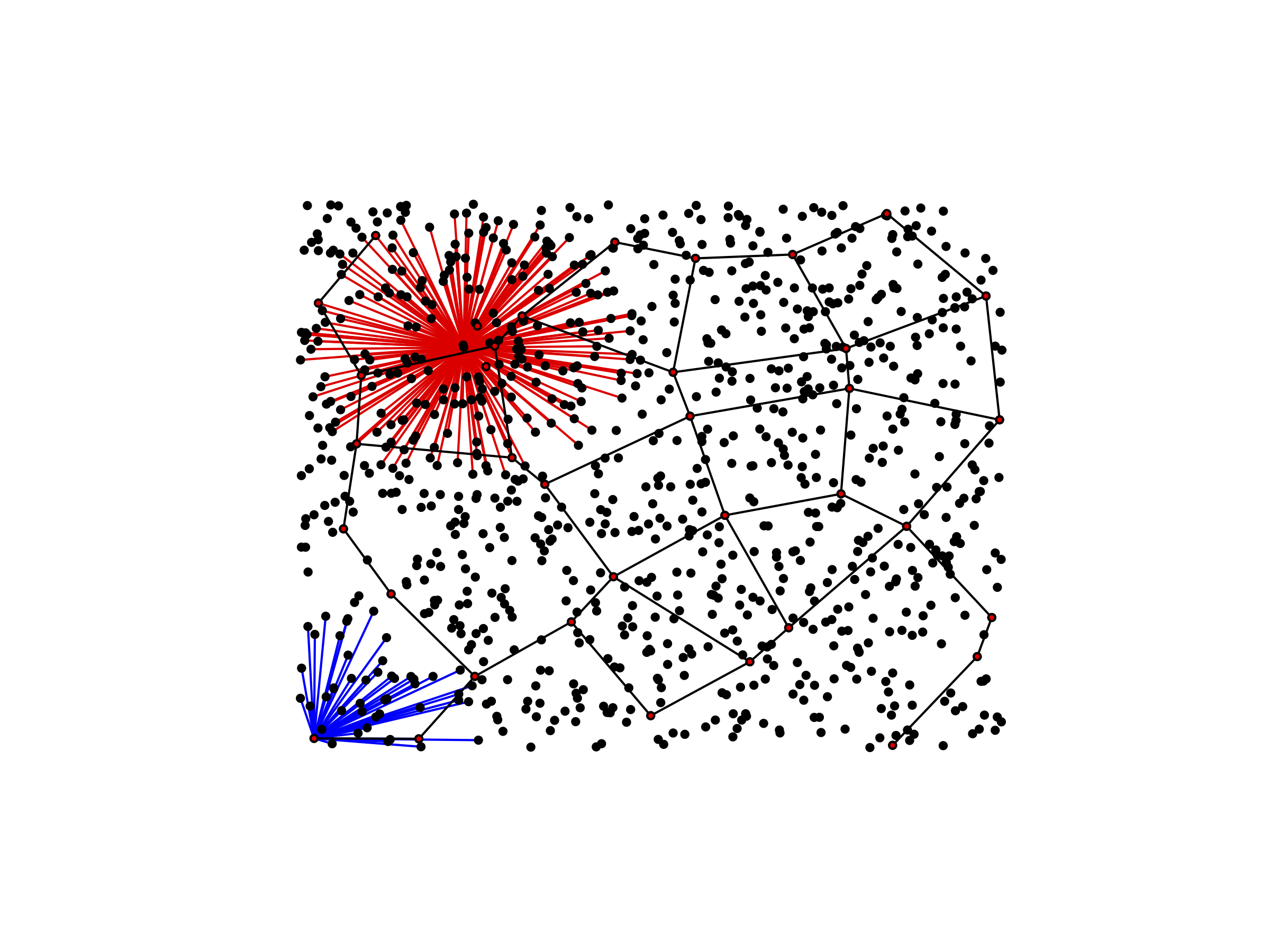 While graph coloring is an NP-complete problem, numerous heuristics have been proposed. My thesis advisor, David W. Matula, presented the smallest-last ordering. It repeatedly removes a node of least degree until the graph is empty. Along the way, you wind up with a terminal clique: every node left has the same degree, because they’re all connected to one another. The graph will need at least as many colors as the terminal clique size. 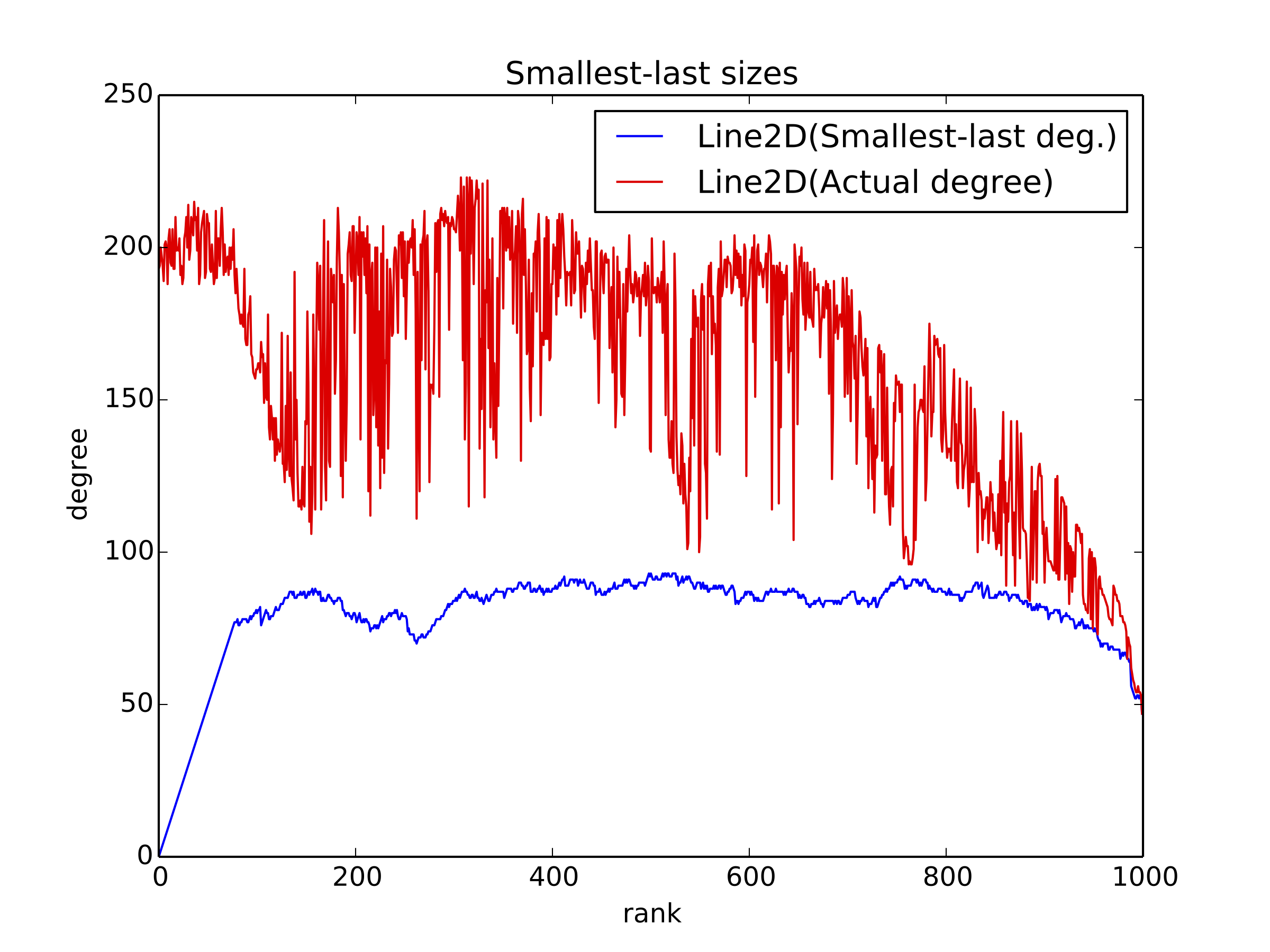 The terminal clique is discernible at the far left of the graph, where the slope is consistent.

Along the way, I learned some pretty cool tricks for speeding up the implementation:

My full writeup for the project is here, and the code is here.